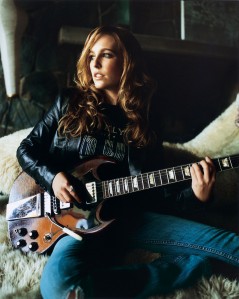 Tift Merritt, rocking Americana singer-songwriter from Raleigh, and Simone Dinnerstein, spell-weaving classical pianist, had met briefly during a Gramophone magazine interview, but it took Duke Performances‘ impresario Aaron Greenwald to coax the two musicians into a collaborative project. The two passionate and exacting women found a shared sea of music beyond the borders of their madly different worlds, and created Night, which premiered in Duke’s Reynolds Theater in January, 2011. I was lucky enough to be there, and you can read my review of the premiere in full here.

Tift and Simone (I’m sorry, I just can’t maintain news-style formality for these musicians who are practically family around my house, we have so many albums by both of them) continued to work the piece, a flow of music and song, of energy, love and curiosity, into a something a little more manageable, and the refined version was released last month on Sony Classical, Simone’s label (Tift’s on Yep Roc, uh huh). They’re now touring the show, and Duke Performances brought them back to Durham with it–but not to Reynolds. Instead, they performed at the beautiful and acoustically vibrant First Presbyterian Church, where I was lucky to attend the first of two shows on April 4. 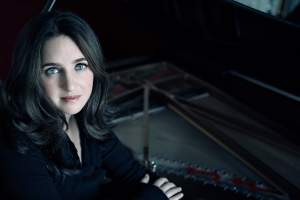 Well. The 7 p.m. show was sold out, and on a night teeming with icy rain, it appeared every one showed up–from Duke music honchos to dudes in cowboy hats, and lots and lots of women from a spectrum at least as wide. It was an exemplary audience, unusually quiet during the music, and unrestrainedly appreciative between and rapturous at the concert’s conclusion. You rarely feel that much love in the room…maybe it’s Tift who brings it. The last time I remember so much love bouncing around the venue was at her first big local concert, at the NC Museum of Art Amphitheater many years ago.

Thursday was  another of those magic nights, when the music is beyond sweet and all expectations are surpassed. This is partly due to the wonderful sound in the church–the huge glossy Steinway has never sounded so clear in Reynolds, and a singing voice has all the room it needs to soar–but more to the greater intimacy between the performers. They were so aware of each other, so connected emotionally, that the music poured out with unusual beauty. The joyous wonder on their faces when something difficult went so very right increased the pleasure of hearing it.

Night has changed a bit over the last two years, and the stage show is a little different from the album. The album is very fine, but it does not begin with Simone playing the lovely Robert Schumann piece, “In the Evening,” which is a shame. She opened the first “set” with that elegant composition, then the set alternated between her and Tift, with her beat-up guitar and scuffed boots. There were no awkward pauses this time: the last piano note merged seamlessly into the first guitar strum.

Tift has gained so much control over her voice in two years that calling her a pop singer doesn’t seem quite right. Maybe we can call her a chanteuse. One of the more thrilling songs was the pair’s rendition of Nina Simone’s arrangement of the Billie Holiday classic, “Don’t Explain.” Compared to her singing of it in the 2011 performance, Tift has become more powerful, her voice more definite–and Simone has loosened up to find the jazz in the piano accompaniment. It was also flat wonderful to hear harmonica + Steinway.

On “Wayfaring Stranger,” Tift let the sound billow up to the rafters, giving us just enough of the coffee-cigarettes-whisky burr in her voice to keep it real. Another surprise was her taking the piano bench and belting out a song from there as she “pawed” the keys. “It takes a special kind of courage” she said, to play piano around Simone. I guess so. But you could hear that Tift has brought out a new fearlessness in Simone, too, when she sat back down and totally rocked out on some Bach. Even she looked a little surprised.

She also played Daniel Felsenfeld’s The Cohen Variations, based on Leonard Cohen’s haunting “Suzanne.” This was where the acoustic quality of the room made such a noticeable difference. I had remembered this piece as slightly muddy, and had wondered why such a demanding aesthete had chosen it. Now I understand–the hard surfaces in the church sanctuary gave it the ringing clarity and crispness it needs. The Elizabethan song “I Gave My Love an Apple” was also well-served. With Tift strumming and singing (without the microphone, so nice), Simone reached into the piano and plucked the strings, and the sound was breathtakingly lovely.

Night ends with the promise of day, as Tift lets loose on her and Simone’s arrangement of the great Johnny Nash song from 1972. “I can see clearly now the rain has gone/I can see all the obstacles in my way…it’s gonna be a bright bright bright bright sunshiny day!” The ladies left the stage, but the roaring, stamping crowd demanded an encore. Before they purred through a Gabriel Faure art song (maybe they”ll record an album of French songs!), both artists admitted they had no idea how they were going to repeat the show in 45 minutes, let alone top it. It was a great one, no doubt about it, and every heart was bright with the music. But outside, it was still night, and another eager audience poured in to receive the blessing of song. 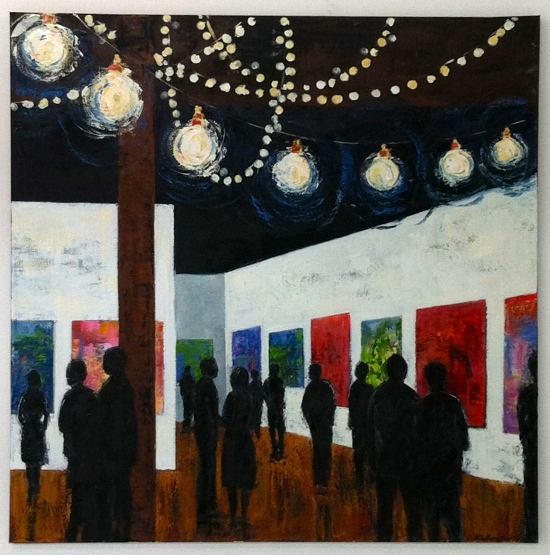 Downtown Durham’s Five Points continues to transform in delightful ways. The newest neighbor is a daring enterprise, an art gallery. And not just any kind of gallery, but, according to co-owner Renee Leverty, a “hybrid.” Leverty, a sculptor, and co-owner Kimberly Wheaton, a painter, formed a for-profit LLC for the Pleiades Gallery at 109 E. Chapel Hill Street (between Pizzeria Toro and the Marriott), but they also started a collective of artists to show their work and to staff the space. It’s an arrangement that may help them all to dodge the pitfalls of both types. Currently, the collective includes seven artists working in a variety of media, and Leverty says that the group is looking for three more, probably sculptors, to fill out the roster. For hours, etc., see http://pleiadesartdurham.com. 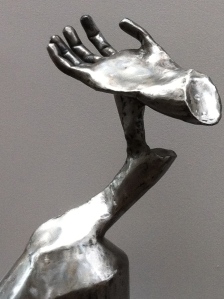 One of Leverty’s metal sculptures reaching for a new home 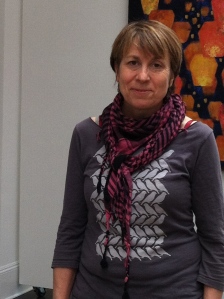 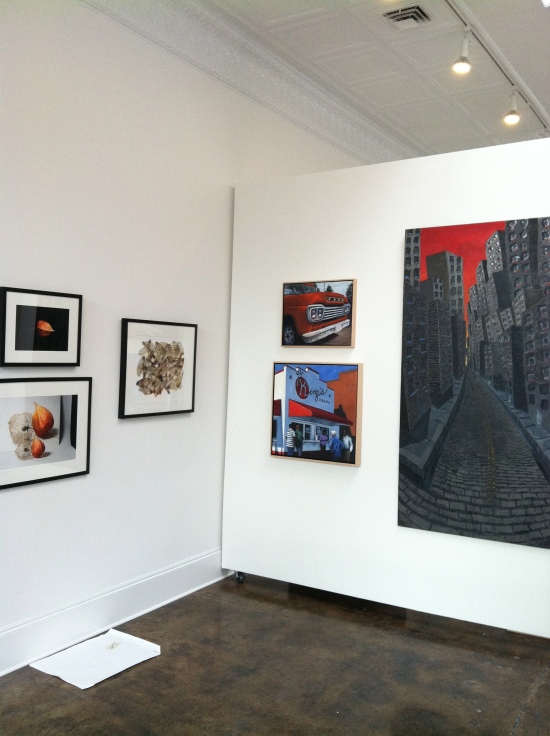